Today is a very important day, a 'day that will live in infamy.'

I am officially the mother of a teenager today.

Gosh, I feel old. And also alarmed at the speed with which my life is moving.

I swear, I only became a mom five minutes ago.

How in the heck can I already be HERE, on the morning of my firstborn child's 13th birthday?

I remember her arrival like it was yesterday. A week past my due date, and we still waited for our girl to make her appearance. We didn't even know she WAS a she. We wanted to be surprised. So I had a bag packed with yellow and white baby clothing, and we had both a boy's and girl's name chosen.

The names were chosen for a very specific reason. Seth Daniel for a boy. Faith Danielle for a girl.

Why these specific names?

When I was only a few months pregnant with our little miracle, the Lord spoke to me. It was during church, while we were singing, and I felt the first fluttering of movement that I recognized as my child within me. At that moment, a single word from God dropped into my spirit.

I knew, without any further explanation from the Lord, that the word was for my little one. I smiled and I cried, both hands on my stomach, my heart filled with wonder and uncertainty. What did the word mean? What was my baby appointed for?

I shared this information with my husband, and when the time came to search out names for our growing, 'appointed' child, we chose carefully. The name 'Seth' means appointed, so that was easy. Daniel is my dad's first name, and he is one of the greatest men I have ever known. So, naturally I would want my child to carry his name. A boy's name was easily settled on.

The girl's name was trickier. My husband recommended "Faith" and after a split second...I knew it was right. Danielle as a middle name made sense too, because it is the girl version of Daniel...and I've already expressed how spectacular I think my father is. :)

She came into the world like most babies do, wrinkled and screaming, bald-headed and chubby. Her daddy and I cried when we held her, and when I looked down into her face, I said, "Faith Danielle, God has big plans for you. I'm so excited to get to see them."

She took our lives by storm, let me tell you. And while I understand that all parents think this of their first child...I am not exaggerating when I say she was advanced, and beautiful, and absolutely the most perfect child in the history of ever.

She talked early and she walked early. She could sing songs and quote scripture when she was a wee little thing. I would say to her, "Faith, praise the Lord," and she would raise one chubby little arm above her head as high as she could, and say "paise-a-ward" with a smile splitting her cheeks.

When she was 3 1/2, she was eating breakfast at the table, and she looked at us and said matter-of-factly, "After breakfast, I think I will ask Jesus to come into my heart."

And she did. And then she called both of her grandmothers and asked them point blank, "Do you have Jesus in your heart? If not, you need to. I have Jesus in my heart now."

When she was 4, we were having lunch on our deck, and she was asking me about prayer. She was thinking hard, trying to understand this concept of asking God for something, and how sometimes we got the answer we wanted, and sometimes we didn't, and sometimes we couldn't see what the answer was for a long time...its a very confusing topic to explain to a grown-up, let alone a 4-year-old. As I was telling her stories from the Bible about how God could be seen and heard in everything we do and in everything around us, if we can only learn to hear and see Him, that little girl set her jaw and shut her eyes, and said, out loud, "Jesus, show me that You're here." And, I kid you not, a gust of wind (on an otherwise perfectly still day) swept across our backyard and blew the paper plates and napkins off the table and across the deck. Faith's face filled with awe, and when her eyes met mine...I knew God had shown Himself to her in that wind. Tears of gratitude ran down my face as she clapped and jumped up and down. The God of all creation took time to tell His little daughter that HE WAS THERE, LISTENING TO HER PRAYERS.

When she was 5 she informed me that she had asked Jesus into her BROTHER'S heart, because "He needs to learn how to be kind like Jesus wants us to." I had a hard time correcting her, because I was laughing so hard.

When my sister died on the mission field, Faith was 8. It was, obviously, very traumatic for our family. Un-beknownst to me, Faith began praying, asking the Lord to let her know Aunt Joy was okay.  And God answered her prayer. He gave her a vision of heaven, and in her vision, her aunt ran up to her and hugged her, and as Faith was telling me about it later, she wept. "Mom, she had the biggest, happiest smile on her face. She's so happy, Mom. She's with Jesus, and she's okay."

At 11 years of age, she and her baby brother took a dangerous tumble into an icy creek while sledding. It was 24 degrees outside at the time, and they were quite a hike from our house when it happened. Stumbling on nearly frozen legs, Faith dragged her 3-year-old brother from the water. She sent her 9-year-old brother, Clay, back to the house for help, and then she stripped Gabe of his soggy, wet clothes. She settled him onto the sled at the edge of the creek, and she wrapped her body around his. "It's okay, Gabe, Mommy will come. It's okay." That's what she was saying, over and over, when Clay and I arrived several long moments later. She was shaking from head to toe, and Gabe was crying, and she just kept rubbing his feet between her ice-cold hands, telling him it was okay. Long, (terrifying) story short, she was nearly catatonic by the time I got her back to the house; shivering uncontrollably, unable to undress herself, tears streaking down her face. Once she was warm and dry and calmed down, I asked her how she had known to take off her brother's wet clothes. She shook her head. "I don't know Mom. Something just told me I needed to take off the cold clothes and keep him warm. I just kept feeling it in my heart." The voice of an angel, standing beside her, giving her strength to save her baby brother's life...I will always believe that is what she felt in her heart.

She's not perfect, don't get me wrong. Sometimes she is mean to her brothers, sometimes she is disrespectful, and occasionally she's selfish. Duh, she's a human being.

But...to us, her parents, she's always been something of a surprise, this 'appointed' first child of ours. We cannot even begin to take credit for the young woman she is becoming. When people ask me "How did she get to be like this?" I answer, "I have no idea. It's just the Lord."

You know what her recent prayer has been? "God, I want to be ready to go on a missions trip. Am I ready, Lord? Am I prepared?" And God has been answering her, giving her opportunities to be stretched and prepared to take the gospel to another country.

It's only a matter of time now. That's what my heart is telling me. All her life I've seen glimpses of what God has in store for her...but now she's 13. Our time as her guardians, as the stewards of this overwhelming gift of a child, is drawing to a close far more rapidly than I am ready for. Soon she will go out into the world, and she will hear the voice of the Lord, and she will follow Him on the path He has 'appointed' for her.

I am terrified. What if I didn't teach her enough? What have I forgotten to tell her that she will someday need to know? What if her heart is too tender for the way the world really is?

I am holding all my fears up to the Lord today, and I'm asking Him to continue to carry out His plan for her, and I'm pleading with Him to help me be able to bear it, whatever it is that He's appointed her for.

Because she's my ONLY daughter. She's my friend. She's the most remarkable girl I've ever known.

Happy birthday, Faith Danielle. Every day of your life, even before you were born, God has had His hand on you. Don't ever forget that you are HIS GIRL, or that you are MY girl. I love you. 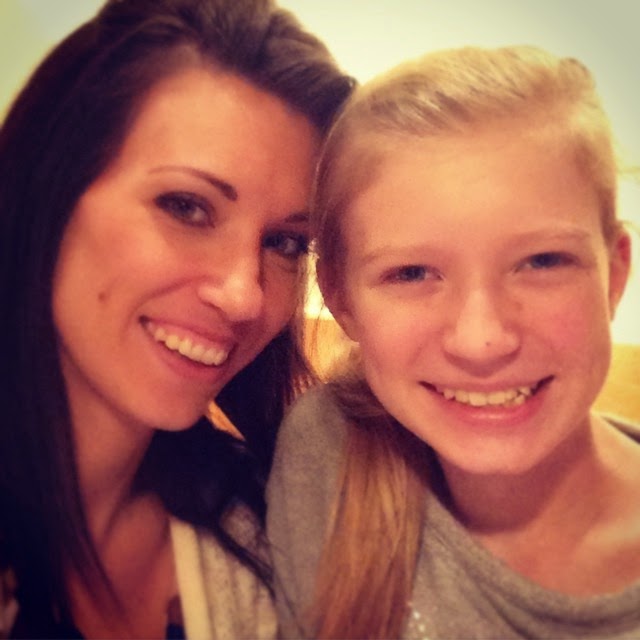 Posted by Charity Martin at 8:26 AM No comments: